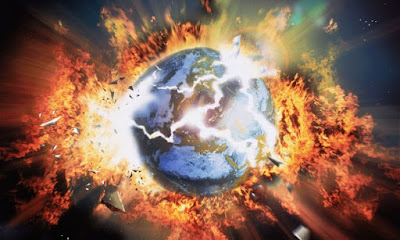 I never gave much thought to the biblical End of Days. For me, it's more of an abstract concept and/or movie plot than a real thing that will really happen one day. Also, I always believed it was more of a Christian thing. Which just goes to show you how much of the Bible I've read, understood, and remembered.

As it so happens, a lot of people in the Bible had a lot to say about the end of all things, and there's a whole wack of rabbinic literature about what'll happen when the Mashiach (Messiah) finally gets here. All I ever knew was this: Messiah shows up, world ends.

But before we skip to the end, I want to first explore where this notion of an End of Days comes from. David's throne--meaning Israel--was supposed to last forever. But Jerusalem was conquered by Nebuchadnezzar in 586 BCE, the Temple was destroyed (which Solomon built, remember, with or without demon slaves), and a great many Jews were deported to Babylon. So much for God's promise about an everlasting kingdom for the people of Israel. Living in exile, the former Israelites spent a lot of time thinking about their history and what was written in the Bible. As a way to make sense of their profound loss, they reinterpreted God's promise and ret-conned their history to include their exile. This ret-conning was further influenced by Zoroastrianism. Not long after the Babylonians swept through Israel, the Persians conquered Babylon. Under Persian rule, the Jews were allowed to return home. As a sign of gratitude, Cyrus, the Persian ruler, was described as a shepherd for the people of Israel. Zoroastrianism is big on dualism--the whole good vs evil thing--and it's likely around this time dualism entered into Jewish thought, coalescing into a great and final war that would usher in the Messianic Age.

The Messiah, when he arrives, will usher in an age of peace in which everyone on Earth will live happily ever after. In paradise. This, by the way, is the fulfilment of God's promise; the throne of David will last forever in heaven. But before that happens, there will be a war led by a man who's commonly referred to as the anti-Messiah, a guy named Armilus. And this war will be The War of the Sons of Light Against the Sons of Darkness.

That awesome sounding title comes from the War Scroll, designation 1QM. The War Scroll is one of the seven original Dead Sea Scrolls discovered in Qumran in 1947. The scroll describes a war not unlike the one mentioned by Ezekiel and Daniel in their revelations. In this account, the Sons of Darkness are led be Belial, a demon, rather than a human, and there's no Messiah figure. The lack of a mashiach means the War Scroll doesn't count as apocalyptic literature, but since it contains more similarities than differences, it can be regarded as an extra-eschatological text. 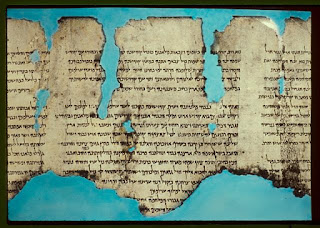 Armilus comes to us from medieval Jewish eschatology. He's first mentioned in a seventh century book, and his name comes up again in later texts. Armilus, as a major player in the war to end all wars, is almost definitely a syncretism of Christian and Persian beliefs. He's born from a stone statue in Rome (probably the Virgin Mary), and is powerfully ugly. He proves to be a good commander, but is eventually defeated by the Messiah.

So if this Armilus fellow only showed up in the literature in the 600s, what was on the books before then? Israel will still come under attack from the combined forces of Gog and Magog. No one person is identified as leading these armies. Then, either during or immediately after this war, will come the Day of the Lord. This is the Day of Judgement, when God visits Earth to punish the wicked and grant salvation to the righteous. It's not clear who's who. Some prophets say the enemies of Israel are the bad guys, while others claim that even people who live inside Israel's (Judea's) borders will suffer God's wrath. Heathens and idolators are going to have a bad day, is really the point. Equally unclear is what happens next. Either the heathens die or they convert, depending on who you read.

In addition to all the smiting and/or religious conversion that's taking place, the dead will rise. Not as zombies, mind you, but so they, too, can enjoy peace and harmony in paradise. It's not entirely clear when this will happen, but sometime during the End of Days. This particular facet of the end changed a bit over time. Whereas Isaiah and Ezekiel were only really talking about a Jewish resurrection, Daniel sought to include the predecessors of all those heathens and idolaters mentioned above. Like their living counterparts, the wicked dead will waken "to shame and everlasting horror" on the Day of Judgement.

As has already been noted, the righteous will feast upon Leviathan, Behemoth, and Ziz Shaddai. This naturally will take place after the Messiah wins the war. Paired with the meat is a vintage dating to the beginning of the world. L'chaim!
Posted by DM at 18:49

The end of the world will be followed by a bbq?