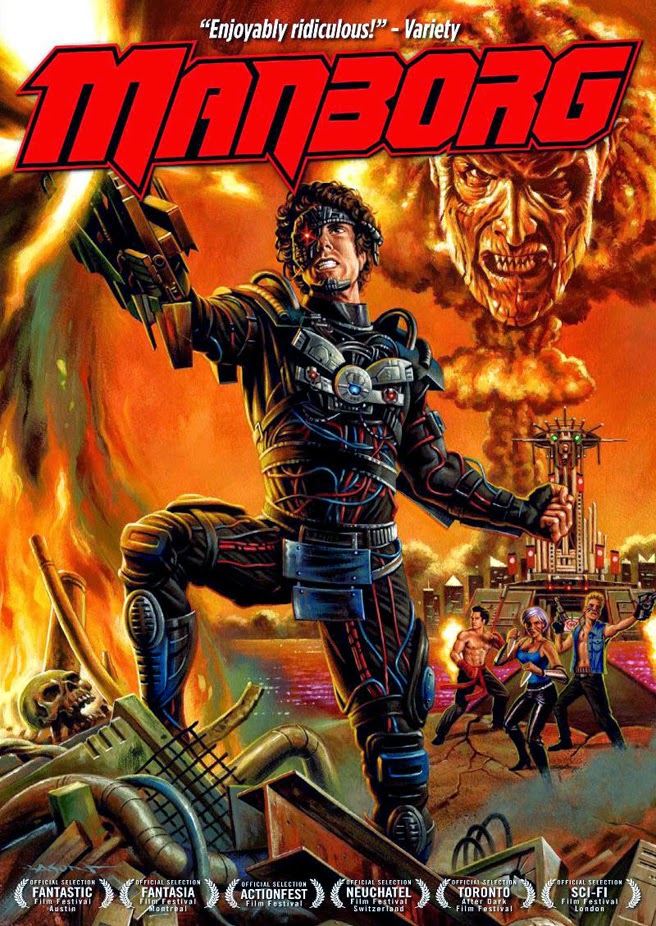 I recently read this article on Buzzfeed about how some of the best sci-fi movies are the low-budget ones that, due to financial/logistical constraints, force a small group of characters to deal with larger sci-fi-y problems. It was a good article, but I was a little disappointed that it didn't include a list of movies to watch and enjoy. Which is all the more perplexing given we're talking about Buzzfeed.

Anyway, I've seen a bunch of sci-fi and I think I can make a few suggestions. Note, I define small budget as $3M or less--the estimated cost of Prince of Darkness.

Two scientists create a self-aware AI that forces us to consider what it means to be human. Not nearly as preachy as one might expect, given the premise. Actually, the film is delightfully understated and questions the ethical limits of artificial intelligence and robotics.

A distinctly Japanese take on Cronenbergian body horror. It's weird, it's sexual, it kind of defies explanation.

Beyond the Black Rainbow

To be honest, I didn't like this movie but it does perfectly recreate the wtf atmosphere of trippy 70s and early 80s sci-fi. Largely an experiment in style, BBtR, fails and succeeds for the same reason: it's friggin weird. It makes very little sense but if odd, drug-fueled thought experiments are your bag, this film's for you.

Speaking of drugs, Banshee Chapter uses mind-altering narcotics as its gateway to weirdness and horror. Think MKUltra meets From Beyond. This film genuinely creeped me out on more than one occasion and made me jump with one of the best startle effects in recent memory.

Okay, so this one is just over my arbitrary limit but it's my list and I can do what I want with it, so there. In the near future a man gets caught up in the dangerous and lucrative business of black market celebrity viruses--selling viral infections that afflict celebrities to their fans. If this also seems like a Cronenberg-type film that's because it was made by his son, Brandon.

More of a horror movie, really. But it does contain a fair amount of speculation and metaphysics. A group of grad students study an ancient artifact stored in a church basement. Best. Ending. Ever. Fact is, I love this movie and want everyone to see it, so I included it here.

Honourable mentions (because they cost more than a little but are still comparatively "small"):

Before there was Edge of Tomorrow (the movie version, at any rate) there was Triangle, Chris Smith's movie about a woman stuck in a time-loop in which she dies again and again.

An alien siege movie that's long on suspense. Hard to believe it began life as a comedy inspired by the works of Sam Raimi because the end result is a well-paced thriller.

For other lists that I may or may not agree with check out Den of Geek and i09. For a good read on the subject check out, wait for it, The Wall Street Journal.
Posted by DM at 18:04

Prince of Darkness is the only one I've seen but is is crazy good. Sorry I haven't been in touch w/ you & the Count lately - working way more hours than I had been.

It's the opposite for me. Working too few hours, and not being as productive as I could be in the interim.

Hope you enjoy these picks! Got another list coming soon :)

Thanks for Sharing Information ..

Govt Job In Up

govt job in jammu and kashmir