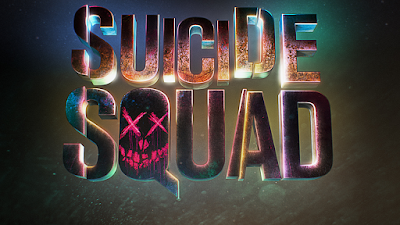 Ms Waller proposed to organize a "team of very bad people who could do some good." Founded upon the supposed future threat of a metahuman whose ideologies run counter to our own, it is Ms. Waller's opinion that a task force of villains could be assembled to counter such a threat. (See Note 1)

After Ms Waller and her colleague, Sgt. Rick Flag, failed to maintain command and control of Enchantress, a metahuman who inhabits the body of Dr. June Moone, Ms. Waller proceeded with her plans to assemble and dispatch Task Force X. The task force's sole purpose was to extract a High Value Target (See Note 2) within Midway City; it was not to engage with Enchantress nor eliminate her. (See Note 3)

Task Force X did successfully locate Ms. Waller but their extraction plan was co-opted by Joker. This review board does not believe Ms. Waller had any reason to expect or anticipate Joker's actions, but is dissatisfied with her handling of the situation. This board sees no benefit in ordering the execution of Harley Quinn, and believes it to be a tactical error. Ms. Quinn's death would only raise the ire of Joker, and would have likely resulted in a second assault on Ms. Waller and Task Force X. The fact that Joker's helicopter was shot down does not forgive Ms Waller her error in judgement. (See Note 4)

No longer able to complete their mission, Task Force X took it upon themselves to engage Enchantress. Both Enchantress and her brother were destroyed, and Dr. Moone was returned to her original state. Although Task Force X proved victorious, it was due largely to luck and circumstance than to any strategic advantage the task force may have possessed. (See Note 5)

This review board believes Ms. Waller acted in her own best interests when she deployed Task Force X. In addition, the board finds Ms. Waller put Sgt. Flag and his team in danger when she 1) failed to gather vital intel related to Enchantress' defenses, and 2) failed to act on new intel gathered in the field.

At no point does Ms. Waller address the issue of weather a group of villainous metahumans could, in fact, win a fight against an "evil" Superman. Superman is not human, and his strength and abilities are far superior to any known superhero or supervillain.

Ms. Waller herself was the HVT that needed extraction.

Ms. Waller specifically stated Task Force X would be created in order to deal with metahuman/superhuman threats to the United States' (and by extension, the world's) peace and security and/or to support the United States' efforts to combat terrorism. Ms. Waller provided an example of the proposed task force's benefit by using Enchantress to retrieve highly classified military documents from a foreign adversary.

The committee was impressed with Enchantress' abilities, but was dismayed by her unwillingness to withdraw and allow Dr. Moone to regain control of her body. Ms Waller displayed her ability to control Enchantress by stabbing her in her heart, which she keeps in a secure briefcase.

Ms. Waller showed further errors in judgment when she called for a second helicopter. This review board believes that, after having witnessed the attack on Joker's helicopter, Ms Waller should have ordered a ground retreat. Such action would have, at the very least, forestalled Enchantress' attempts to capture Ms. Waller. By not ordering a ground retreat, Ms. Waller put herself, the United States, and the world in danger.

The full extent of Enchantress' and her brother's powers were, and still are unknown. It is only happenstance that El Diablo was both present and able to fight the brother. Since Task Force X was assembled to counter metahuman threats in the abstract, there was no guarantee the members of the task force would be able to surmount any threats in reality. Harley Quinn and Captain Boomerang provide no tactical advantage. Killer Croc proved to be a valuable team member, but Ms. Waller had no intention of attaching him to the underwater unit; Killer Croc took it upon himself to assist the underwater unit in their retrieval and detonation of an explosive device.

El Diablo proved to be, far and away, the most important member of Task Force X, but it was nothing short of pure luck that his special abilities were essential in securing a positive outcome. Since Ms. Waller did not know Enchantress' brother was a fire god, and she had no way of knowing El Diablo's pyrokinesis could manifest to such an extent that he would also become like a god, El Diablo's appointment to Task Force X and his subsequent victorious battle with Enchantress' brother is fortunate indeed.

It is of further note that El Diablo had outright refused to join the task force when asked, and that, while on mission, he continually refused to assist his team members. Despite his success, this board finds his appointment to Task Force X was an unnecessary risk which put the entire mission in danger.
Posted by DM at 21:15

Still undecided about seeing this. Its been a bad summer so far.