Not counting all of the terrible movies I watched for the Loonie Movies segment on TheAvod, here are my best and worst for this past year. Bear in mind this list represents movies from 2013 and years previous; over the past twelve months, I've watched and remembered these titles for one reason or another.

Date night: The Loved Ones
Australian love story about a girl who kidnaps and tortures her crush.
Deal breaker: Silent Hill: Revelation
What kind of horror movie ends with the hero and the villain hugging it out?

Retro-pastiche: Manborg
In the future, when hell demons rule the earth, only one part-man and his friends, can save the world.
Contemporary-derivative: The Asylum Tapes (Greystone Park)
You'd expect the son of a talented filmmaker would himself be a talented filmmaker. Or would have the good sense to ask his dad to read over the "script."

He he. Yeah: Fast & Furious 6
The F&F franchise finally hits its stride with number six.
Tch. Ugh:  Sharknado
The best thing about this movie was the fallout: a series of increasingly ridiculous movie posters that married sharks with natural disasters. 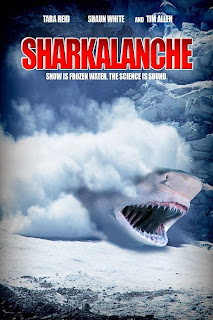 The. Science. Is. Sound.

I can't wait for the next one: The American Scream
Documentary about home-made haunted houses. You'll laugh, you'll cry, you won't believe it was made by the kid from Troll 2.
I weep for the future: Smiley
Douchebags attempt to create and urban legend. They negate their own efforts and the movie makes a strong argument for magic.

Good bet: Safe
The opening five minutes should be mandatory study material for film students.
No bet: Alex Cross
The entire film is in object lesson in how not to make a movie.

Seconds please: Sushi Girl
Mark Hammil delivers a tour-de-force performance in this tense film about a dinner party-cum-interrogation session. Watch for Danny Trejo's cameo: Best. Line. Ever.
Don't hit that: Evil Bong
Far from being a morality play about the perils of drug use (BC bud saves the day), Evil Bong will still harsh your mellow. 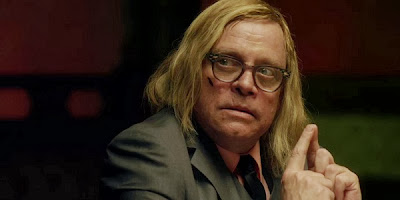 OMG: Pacific Rim
Mecha vs monster; it's no more and no less what you want from a movie about giant robots fighting giant monsters.
WTF: Bryan Loves You
A man infiltrates a cult and spends half the movie in a mental hospital. And not the good half, either. The film is introduced by Tony Todd, for no reason.

Pointed: Big Bad Wolves
From the guys that brought us Rabies (Kalevet) comes this black comedy that's heavy on torture. Two men interrogate a suspected child-killer. The violence will leave you speechless. As will the ending.
Pointless: Evil Dead
Despite being a wall-to-wall gorefest, this remake misses out on everything that made the original such a hit. AND no one gets their hand chainsawed. Not even once. Even though that happens in the second one. Still, the movie created a perfect opportunity for chainsaw amputation and it didn't happen. Electric knife, sure. Chainsaw, nope. How do you screw that up? 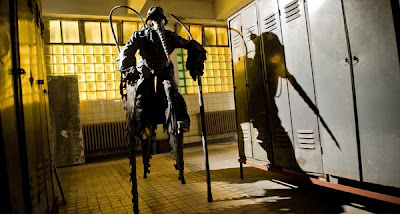 Honourable mention: Escape From Tomorrow
Praiseworthy only because it was filmed on the sly at Disney. What little story there is, is extremely difficult to understand.
Posted by DM at 09:43

Only saw two of them but they were good - The Loved One and Frankenstein's Army.

I gotta get more.

I like the post format as you create user engagement in the complete article. It seems round up of all published posts. Thanks for gauging the informative posts.

from these horrible movies straight skin crawl! http://puressay.com/ There is a full list of this genre of films

This is a really super post. Must admit that you are amid the best writer I have read. I appreciate your making the effort to discuss this class of article. formula equation