I'm not actually going to review Sharknado, except to say that "Shlood" or possibly "Flark" would have been more accurate titles. Instead, here are some movie posters for the Sharknado franchise that is sure to develop over the coming months. 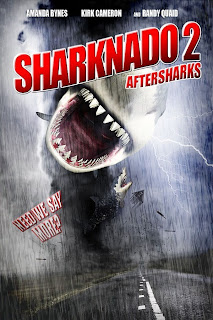 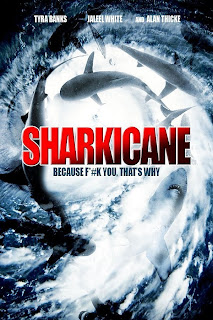 High school sweethearts Natalie (Tyra Banks) and Mako (Jaleel White) rekindle their love after a random encounter in a Texas dive bar and hire grizzled charter operator Alan (Alan Thicke) to take them on a romantic deep-sea fishing excursion. Little do they know Alan survived the sinking of USS Indianapolis, and he freaks out when Mako starts chumming the water in the hopes of catching the "Big Meg," a monster shark fabled to live off the Texas coast. 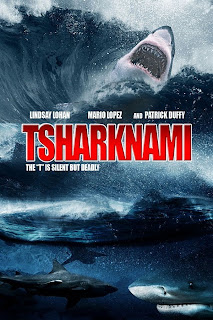 Nurse Alexandra Thresher (Lindsay Lohan) is on a cross-country road trip to redemption as she leaves behind her old life for a fresh start on the west coast. She keeps her sponsor James Blue (Patrick Duffy) on speed dial, who talks her through the more challenging parts of her journey. Alex picks up hitchhiker and would-be rocker Johnny Reef (Mario Lopez), but their sexy highway adventure down the PHC turns deadly dangerous as a rogue wave floods the road with sharks. 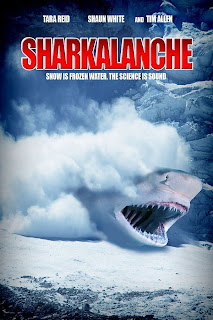 Palaeoclimatologists Malinda and Hep "Hammer" Head (Tara Reid and Shawn White) are coring a glacier in Europe when they discover a frozen helicoprion in the ice. Avalance blasting by the local ski patrol frees the prehistoric shark which thaws out and wreaks havoc on the slopes. Big game hunter Don Mickleson (Tim Allen), who's judging a skiing competition on the resort, steps up to hunt the prehistoric beast. 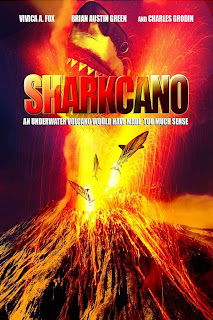 Like it really matters what happens.
Posted by DM at 13:03