I used to live in a house full horror fans.  For a while we had an empty room and whenever a prospective roommate came to look at it, we’d make sure to ask the all-important question, Do you like horror movies?  A lot of people said yes, and it was Donny who ended up moving in.

Donny, Brad, and I watched a lot of movies together but it was always Donny who commented after each film, “They left it open for a sequel, see,” or on a couple of rare occasions, “Why didn’t they leave it open for a sequel?”  Unable to resist, I’d open my mouth and so would begin a circuitous debate on the relative merits of teaser endings.  Brad would have long retired to his room by the time Donny and I would call it a draw and watch the sequel to the movie we’d just seen.

Horror and action movies are the most sequelized movies out there.  The idea, of course, is for studios to cash in on audience loyalty, as movie-goers are compelled to see the next instalment/chapter/adventure in the series.  Of course, not all open-ended films suffer a sequel, but the fact remains that a large number of horror movies are made with teaser endings that, while maybe not advertising for a sequel outright, suggest the evil has not been defeated and may rise again someday.

In 2007, researchers from California State University, Fullerton, conducted a study to test how well audiences respond to teaser endings.  It may surprise Hollywood (and my former roommate) to learn that audiences prefer traditional endings in which the good guys win.  Teaser endings were thought to be unrealistic and predictable.

The study was carried out by Cynthia King and Nora Hourani, who showed four horror movies to undergraduate students from various departments.  All of the movies selected for the study contained teaser endings, but were edited for traditional endings.  Groups of respondents were selected at random to view one of the four movies in either its original or edited state.  The movies selected by the authors were Candyman (1992), Leprechaun (1993), Needful Things (1993), and Pet Sematary (1989).

After answering a series of questions regarding what they look for in a horror movie, respondents were grouped according to how much they liked thrills and gore.  King and Hourani found that both the thrill- and gore-watchers preferred the films with traditional endings, as they were judged to be more entertaining and scarier than the films with teaser endings.  When asked what they would change about the films they saw, the majority of respondents said they would change the teaser endings to more traditional endings.

These findings support various academic and psychological theories that claim that horror movie audiences enjoy bad endings for bad guys—they get what they deserve.  Audiences expect antagonists to meet a sticky end, and having those expectations defied can increase dislike for the movie.  But since the tradition now is for the villain to survive to kill another day, having that particular expectation crushed can cause the audience to enjoy the film more than it would otherwise.

The authors note that horror movies, regardless of their ending type, continue to make money and box office receipts would seem to contradict their research.  But King and Hourani are quick to point out that people may be going to see movies with teaser endings simply because they have no choice.  They suggest that Hollywood back down on teasers in order to decrease the likelihood for audiences to predict how a film will end, thereby increasing the likelihood for audience support for the film.  This way everybody wins (except the bad guy). 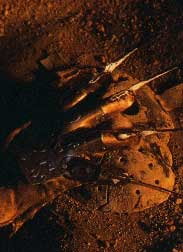 Find out how THOUSAND of people like YOU are working for a LIVING from home and are living their dreams TODAY.
SUBSCRIBE FOR FREE