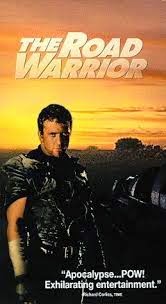 It's time for another go-round of great low-budget genre fare. To be clear, these films aren't listed in any particular order. It's just a list of fun films made on the cheap; films that prove you don't need unlimited access to unlimited funds in order to produce something special.

Buddy, who is equal parts guitar hero and samurai, must navigate a post-apocalyptic wasteland full of rockers and weirdos on his way to Lost Vegas where he hopes to be crowned King of Rock. This film is kind of nuts and has a lot of fun with its quasi-musical concept.

Think Rollerball or Running Man but instead of a perverted form of hockey you have cars, and instead of Arnold Schwarzenegger in a unitard you have David Carradine ensconced in leather.

Drifer and Mary Death are the best bounty killers, hunting down white collar criminals and putting an end to corporate greed. Normally, they work alone but they're going to have to work together if they're to take out Second Sun, the biggest and worst corporation around. Hard to believe this movie cost as little as [undisclosed sum, but less than $3M] given how good it looks. Adapted from the comic book.

I like to describe this movie as a zompocalypse film but with vampires instead of zombies. A vampocalypse, I suppose. Only that might suggest a something along the lines of Daybreakers, which is a great movie but nothing like Stakeland. The point is, Stakeland takes the zompocalypse formula and plugs in vampires and it's amazing how well it works. Did I mention I don't like zompocalypse movies? Well, I don't.

Okay, so this one is a zompocalypse. Sort of. The certain words in the English language become a vector for a suicidal cannibalism virus. The brilliant thing about this movie is that all the action is set inside a small town (Pontypool, which is a real place) radio station. Based on the book, It Begins in Pontypool by Tony Burgess.

We follow a handful of normal, everyday folk as they live out the last hours of their lives. It's not particularly scary or thrilling, but what it lacks in action it more than makes up for in drama. Watch for a cameo by David Cronenberg!

End of the Line

My co-host on TheAvod, Count Vardulon, doesn't like this movie. But I do, and so do a bunch of other people. A group of folk are trapped in the subway while the Rapture is happening at street-level.

Okay, this isn't really an apocalypse/post-apocalypse movie, but it may as well be the end of the world for the few people holed up inside at police station. Precinct 13 is closing, and the few cops and administrators left have to face down a gang laying siege to the building. The frontier-esque atmosphere of Assault shares a great deal in common with a lot of PA films, including themes of trust, abandonment of/by authority, and survival in a hostile environment. 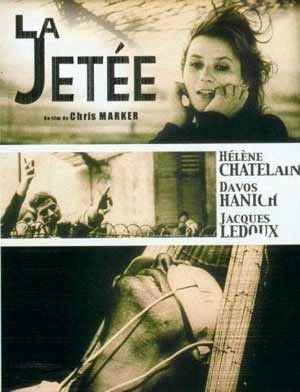 To be honest, I don't know how much this cost, but I'm assuming (like a fool) that it wasn't a whole lot. Survivors of a nuclear war are hard at work inventing time travel. And they succeed! But with disastrous results for the human subject. If this sounds a bit like 12 Monkeys, that's because Terry Gilliam drew a lot of inspiration from this French classic.

In which we are introduced to badass "hero" Snake Plisken. New York's a prison and newly arrested Snake is tasked with retrieving some valuable property from inside in exchange for a pardon.
Posted by DM at 08:47

Any chance you will be viewing 'The Day'? Its Canadian & not your usual zomploalyse movie. definately low budget.

I want to bugger Miley Cyrus.

the sayer of the truth said...

DM, have you noticed how in the media jokes about pansy queer pedo's are regarded as funny and acceptable where-as jokes about heterosexual pedo's are looked upon as offensive and objectionable, thats a very strange double standard that seems to be occurring with-in our society, its obviously yet another massive and loathsome conspiracy thats been instigated by the very faggot scum that runs Hollywood and the media, bloody dirty queer bastards, kill `em all.

DM, you look very sexy in that scuba diving outfit, i`d like to rip it off and bugger you senseless my dear.