Movies We'd Rather Be Watching 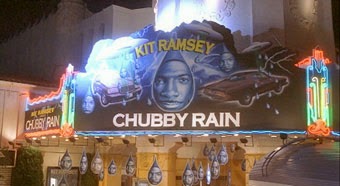 True story: someone stole my VHS copy of Bowfinger.

There are movies, and then there are movies. Terrible movies. Movies so bad they make you wish you were watching something, anything else. With these god-awful films in mind, I present Movies We'd Rather Be Watching, a list of films-within-films that look to be much, much better than the movies in which they appear.

Dynamite Jones, as seen in Boo!

Boo! is your run-of-the-mill haunted asylum movie. You know the story: kids get trapped in old mental hospital and ghosts happen. What you probably don't know is that Boo! features a character named Arlo whose backstory is that he starred in a movie called Dynamite Jones, which is about a vampire killer. The film plays on a TV in a bar where Arlo is either drinking or working--possibly both. While I can criticize Boo! for being just another haunted asylum flick, I'm keen to watch Dynamite Jones, which, by all accounts, looks like just another blacksploitation vampire hunter movie.

Face Punch, as seen in Twilight

Like it or not, Twilight is shite. Utter, utter crap. Buried under this steaming pile is something called Face Punch. Face Punch is an action film--that's all the movie (or the book) has to offer. It could be about an underground, invite-only face punching competition,or it could be about something else. Like about a guy who has to enter a face punching competition in order to win custody of his son. Whatever the case, Face Punch, by virtue of its name alone, is infinitely better than Twilight.

Mant!, as seen in Matinee

Truth be told, I kinda liked Matinee. But then again, I don't remember much about it, other than Mant!. Mant!, which looks like a rip-off of The Fly, is the movie that screens at the cinema in which Matinee is set. Meant to be a tribute to William Castle, Mant!'s legacy is that it's better known and more well liked than Matinee itself.

Grave Encounters 2 has a very strong beginning and end, but is terrible throughout the middle. A real shit sandwich. The film rehashes the same scares from the first movie, and is largely one-note for most of its running time. But before the plot enters the asylum and takes a powder for forty minutes, we spend some time on-set with Alex. A film student, Alex is in the middle of making a movie, which he abandons in favour of pursuing a documentary about Grave Encounters (which, in the world of GE2, is a real movie). By all accounts, Alex appears to be a competent filmmaker (he's a crap documentarian, though) and his unfinished student film looks to be a satire of modern horror tropes. If only Grave Encounters 2 was as inspired. And short.

Stab!, as seen in the Scream franchise

In Scream, Sidney voices concern over who would play her in a movie based on what's happening in Scream. She jokes that'd she get stuck with Tori Spelling. Sure enough, when Stab! is shown at the beginning of Scream 2, Tori Spelling appears as Sidney. It's a wonderful callback to a great film, made even better by the fact that Stab! was directed by Robert Rodriguez. Within the world of Scream, the Stab! franchise grows larger and larger, until the irony can't be contained in one film alone. The postmodern joke finds its punchline in Scream 4, which opens with not one, but two Stab! films. And, as if that weren't enough, there is a fan site dedicated to making Stab! movies. For real.

Muckman, as seen in Chainsaw Killer 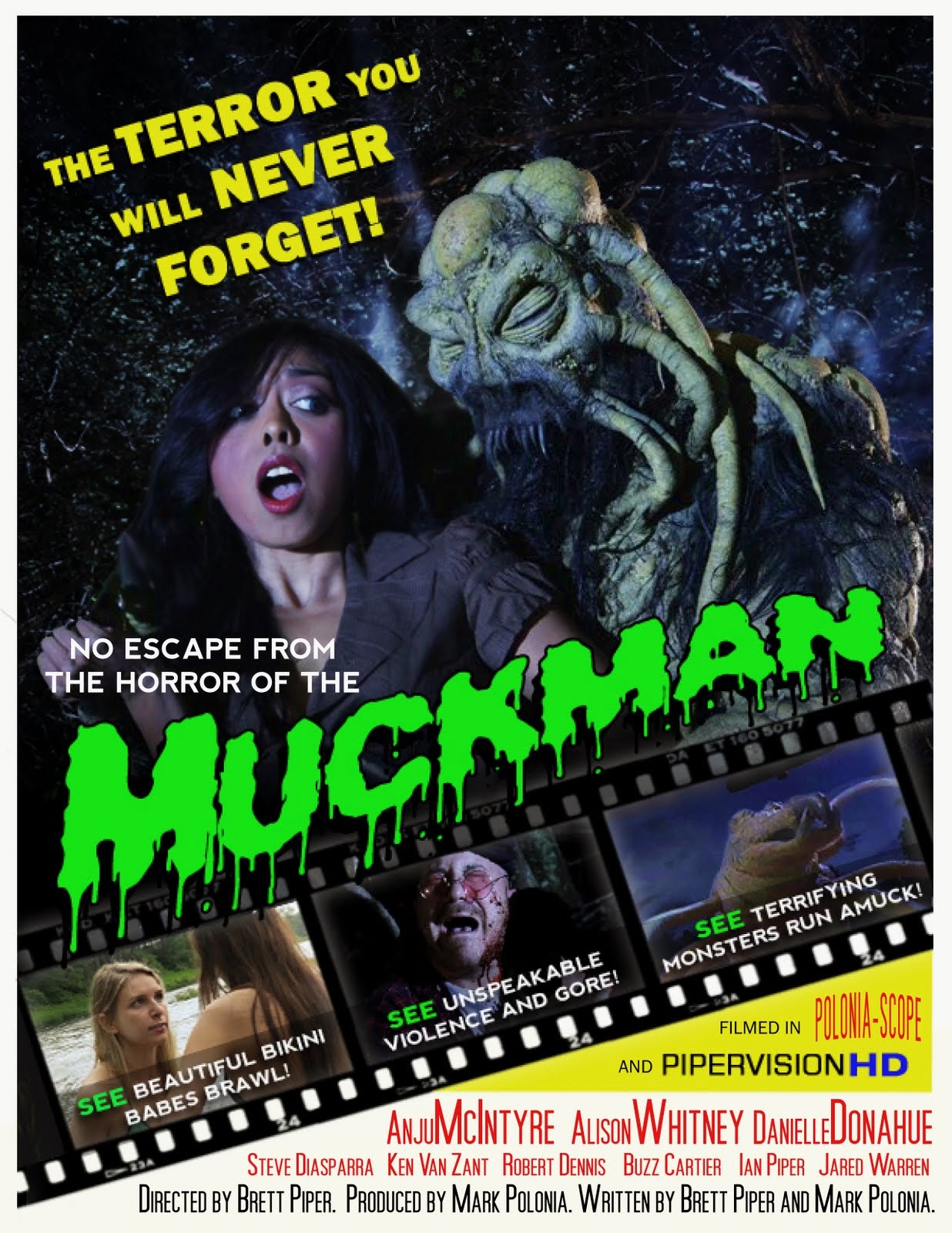 Chainsaw Killer is a terrible movie. And not in the good way. It's just straight-up bad. At the centre of the story is a mysterious film called The Force Beneath. A characters gets his hands on a copy and plays the tape, and the screening includes a handful of movie trailers. Most notable is the trailer for a movie about a bog monster called Muckman. Not only does it have better production values than Chainsaw Killer, it turns out Muckman is an actual movie that you can actually watch.

Kickpuncher, as seen in Community

Community is not a movie (sixseasonsandamovie) but it gets a mention here because Kickpuncher might just be the greatest fake movie series ever made up: a low-rent, low-budget series of films about a cyborg whose punches have the power of kicks. A cop living in the "future" world of 2006, Kickpuncher is a Robocop 2 of sorts, fighting to rid the streets of Mega Dope. Other films in the Kickpuncher franchise are Kickpunder II: Codename Punchkicker, Kickpuncher III: The Final Kickening, Kickpuncher Detroit, Kickpuncher Miami, and Kicksplasher.