Remember in Beetlejuice when Lydia's mom tells her it can't be Halloween every day? I agree with Lydia when she says it can.  At least the Halloween spirit can last throughout the year--the trick or treating would probably get tired fast if it happened all the time.  But the spookiness and the fun, even the costumes; it's always a good time to indulge.  Of course, not everyone thinks like this.  Most of society, I think, sides with Lydia's mom and waits for the appropriate time to celebrate fear.

And some of these people, they really go all out.  Maybe precisely because they wait for so long.

I haven't been to a lot of haunted houses.  I really should endeavour to visit more.  But I think I might be spoiled now for haunted houses, because last week I finally went to Halloween Horror Nights at Universal Studios, Orlando.  The event takes place inside the studio park where sound stages have been transformed into elaborate haunted houses, each one with a different theme.  In addition to the traditional haunted house attractions, a more atmospheric horror can be enjoyed in the scare zones.  Scare zones are street scenes, and as you walk down each street and marvel at the costumes and decorations, the actors do their best to frighten you.

And then there's the chainsaw brigade.  Which is exactly what it sounds like.

I can be argued all you really need for a good haunted house is creativity and motivation, but few can match Universal for scope.  Although the primary scare tactic in any haunted house is the jump scare, HHN goes all out on sets and costumes.  The houses are very different one from the next, and though there isn't a lot of time to stop and marvel at how well each house captures its theme, an impressive amount of creative detail is on display.

This year marked HHN's twentieth anniversary and one haunted house was a retrospective of past years' hits.  I recall Alice dining on the White Rabbit, a man harvesting body parts, and what looked an awful lot like a killer klown from outer space.  This house also features a tour through a prop warehouse.  Unfortunately, we always had to keep moving so I couldn't stop and inspect all the Chucky heads on display or the bust of Darkness. 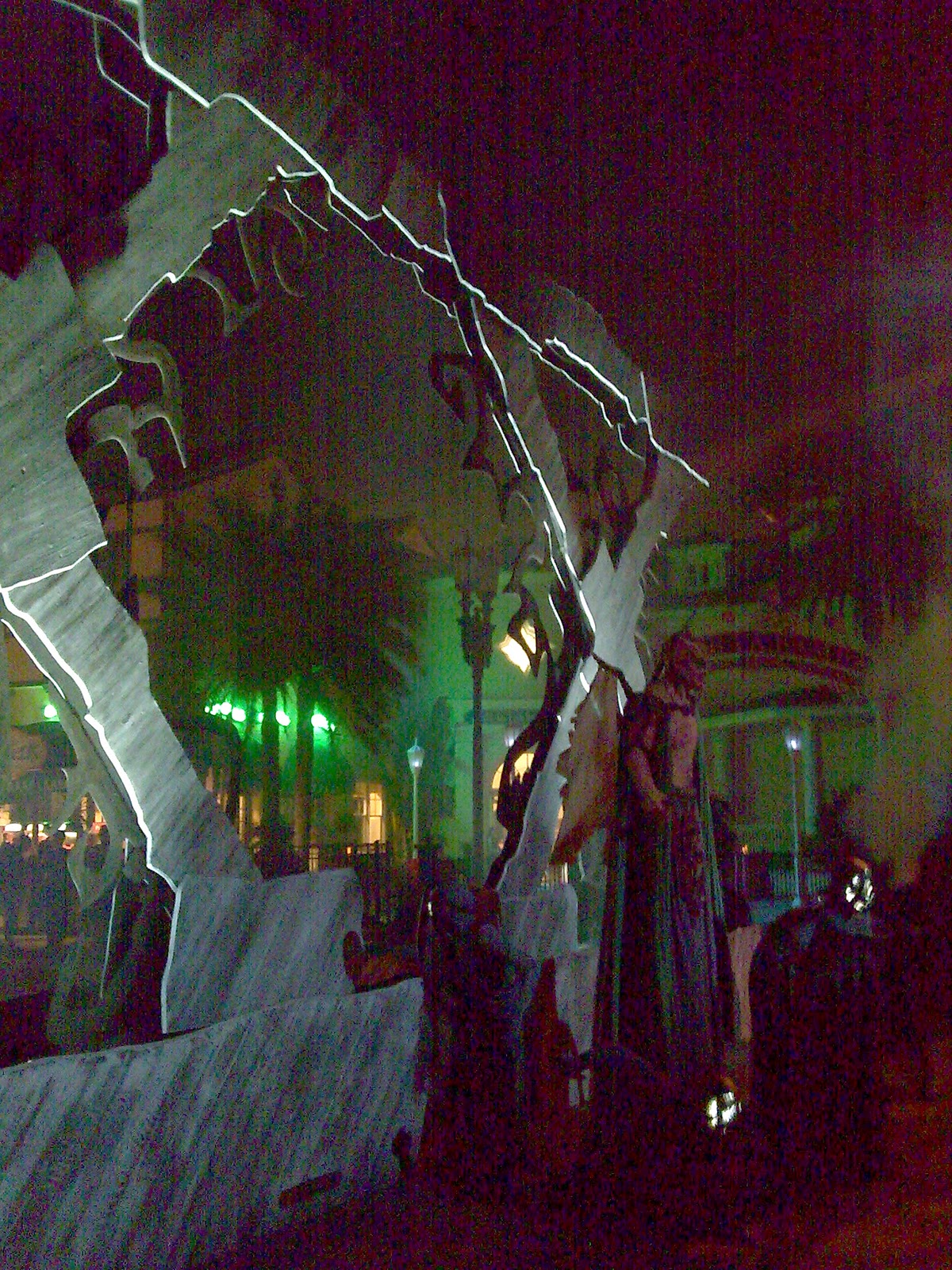 Of the eight houses, my favourites were Havoc, Catacombs, and Zombiegeddon.  In Havoc, you enter a military bunker in which an experiment to create super soldiers has gone terribly wrong.  We all agreed the actors in this house were the most into their roles, and really made an effort to scare the crap outta you.  Catacombs takes you on a tour through the Paris catacombs where the restless spirits of plague victims taunt the living.  Here the attention to detail can really be appreciated as the house was modeled after the real Paris underground.  Zombiegeddon was meant perhaps as the "comedy" house.  I didn't have high hopes for this one, mostly because I didn't like the name, but I found that I loved the anti-zombie propaganda posters plastered throughout and the zombies managed to jump out and scare me.

My favourite scare zone was HHN 20 Years of Fear, which featured an assortment of amazing costumed freaks, including one man dressed as one of The Seven Gentlemen.  The steampunk-themed Saws 'n Steam was also a big hit with me, but I got chased through most of it by a chainsaw-wielding maniac, so I didn't get to spend as much time there as I would have liked. 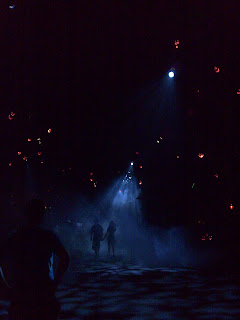 Whether your prime concern is taste or variety, Vaporfi got you covered.

With vape juices that are produced from food-grade ingredients, their vaping flavors are more smooth and consistent.