The Black Museum: An interview with Paul Corupe 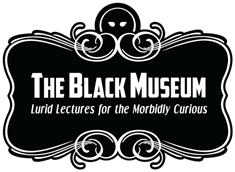 New on the Toronto horror scene this fall is The Black Museum, a lecture series devoted to genre appreciation. The series is five lectures spread out over two months, and each talk is hosted by someone different--directors, critics, and academics all lend their expertise. The brainchild of Paul Corupe, Andrea Subisatti, and Stuart Feedback Andrews, the lecture series takes its name from the legendary Black Museum in Scotland Yard, a room which once housed evidence and artifacts from Britain's most infamous crimes. Informal, and with an emphasis on engaging the audience in substantive discussion about genre cinema, The Black Museum is a great opportunity for horror fans to connect with different people from, and aspects of, the industry.

I had an opportunity to ask Paul Corupe a few choice questions about The Black Museum as well as his own views and opinions about horror scholarship.

You've said elsewhere The Black Museum was inspired by The Miskatonic Institute of Horror in Montreal. Can you explain how your lecture series differs from theirs?

In spirit and basic goals we are the same, but the Miskatonic Institute is probably more classroom-based than The Black Museum, and that’s kind of reflected in our names—our attitude is more that we want people to stop by, have fun checking out our latest “exhibit” and then have an informal discussion about it with their peers. Miskatonic follows more of an actual “school” model than we do, often having longer classes that run multiple days/evenings and looking at very specific academic topics like critical approaches to horror theory. In addition to having different lecturers with different personal interests here in Toronto, part of the reason we approach this a bit differently is because Miskatonic was done out of a micro-cinema run by one of the founders, Kier-La Janisse, and we have to share space and time with a fully functioning theatre, so we can’t do it as often or for quite as long. But also, we were also inspired by local events like TIFF’s Director Master Classes and Trampoline Hall that we felt had a format that Torontonians would be already familiar with.

Film in general is certainly a popular topic of study but to my knowledge no other film genre has the same kind of community following as horror. What is it about horror that lends itself so well to sociocultural analysis and scholarship?

Well, generally horror films share a more specific and limited pool of archetypes and iconography than other genres, and I’d even go so far as to say many horror films are variations on just a handful of themes. Possession, boogey men, old dark houses, life beyond death, religious symbols, butcher knives, masks—these are just some of the familiar things that are used, re-used and given new meanings over the years, making them ripe for analysis and over-analysis. And horror films, while enjoyable on the surface, usually have much more going on than just gore and stalking. And more than other genres, horror tropes are used to disguise social critiques—Rod Serling famously said that he was able to tackle controversial subjects in The Twilight Zone that would otherwise not be accepted on television by dressing them up as horror and science fiction allegories.

And personally I’ve always believed that horror films offer one of the clearest insights into our society and lives, as they exploit and play off what we are afraid of at any given points in time. That window into what scared people in the past—whether brutal crime, religious fanaticism, nuclear war, evolution, breakdown of civility, racial/social tensions—tells us a lot about what we were like even if the films themselves no longer scare us in the same way. Toronto is a big centre for horror, from filmmaking to film exhibition, to magazines. In your opinion, is there a distinction between someone who is a fan of horror and someone who is horror literate?

At the risk of having to choose sides here, I do think there is a slight difference between fans and those you call “horror-literate,” but anybody who is a horror fan and has some curiousity about the genre can easily make the leap. I overhear conversations at film screenings and talk with some of the readers of Rue Morgue, and I know that a lot of people like horror primarily because of the special effects, the breaking of taboos, the jump scares, grotesque imagery, and that’s as far as their interest goes. Some can’t articulate why they like horror, they just know that they do. And that’s fine—we all started there, really. Other horror fans have a desire to get deeper into the genre but don’t know where to start—they’ve never taken a film class but maybe they start to blog about films they’ve seen or buy a couple of books on horror; they’re trying to engage with the genre. And though we certainly welcome fans at every level of appreciation, Andrea and I hope to help those that want to make the leap by providing smart discussions about horror films and putting a spotlight on additional resources that take people beyond just the films.

We all have our own stories as to how we became involved in horror. What's yours? How did you become interested in horror, as a fan and an academic?

I actually consider myself more of a cult and exploitation film fan than strictly horror, but obviously horror films make up a big chunk of that nebulous area. When I was probably around 10 or 11, I found a beat-up copy of a book called The Golden Turkey Awards at a library discard sale and I used to pore over the descriptions of weird genre films in there like Attack of the Giant Leeches and Rat Pfink a Boo Boo. And, like many kids, I also spent a lot of time in the horror aisles of video stores staring at VHS box art—the cover of Chopping Mall in particular. Within a few years I was renting as many ‘80s slashers as I could get my hands on, as well as pretty much anything my local Jumbo Video filed under “cult,” like Eating Raoul, Plan 9 From Outer Space, Dolemite, The Corpse Grinders.

When I started buying VHS tapes in the early 1990s (including most of the previously viewed cult films I use to rent), one of the areas I concentrated on was 1950s science fiction, mostly because I loved how terrible Plan 9 was, and it was difficult to find much in this area to rent beyond the certified classics. I surely read somewhere that these films were really all about suppressed fears of atomic warfare, and I was soon looking beyond the bug-eyed monsters and square-jawed military scientists for those subtextual meanings. Along with other important books like Re/Search’s Incredibly Strange Films and the first Psychotronic movie guide, I started to read more academic works on these films—one of the first I remember was Patrick Lucanio’s Them or Us: Archetypal Interpretations of Fifties Alien Invasion Films. I studied English rather than film in university, but when I did start writing about film, first on my website Canuxploitation.com and later for Rue Morgue magazine, I tried to blend a well-thought out approach with an accessible, inclusive style. But my overall approach to horror films is probably more literary than a film student’s might be. You're coming up to the third lecture in the series. Can you talk about how the lectures are being attended and received by the community?

We’re pleased with the turnouts so far, especially since we had no idea how people would respond to The Black Museum. To get as many people out as we do is heartening—though we are fairly unique in what we do, we know that there are many other film events in Toronto that appeal to the same basic audience. And the feedback has been great so far, everybody seems to really enjoy the presentations and come out of the theatre with something to think about. And really, that’s entirely why we’re doing this—because we knew this was the kind of event that needed to happen in Toronto.

Can you explain a bit about the work that goes into creating something like The Black Museum, from initial concept to introducing the speaker on lecture night? How do you, Andrea, and Feedback work together to make it happen?

Without going into too many boring details, we’ve been meeting as far back as March or so preparing for the series. Once we kind of decided on the tone and approach, we managed to secure the Projection Booth as a venue, which was a huge step for us in moving forward with the series. Once we called in a dozen favours, we had a logo and website up to announce our presence, at which point we began contacting potential lecturers and taking care of the smaller details—our banner, pinback buttons and our on stage desk and props. Now that the events are running, most of our activities revolve around promoting each event via social media and making sure that the needed tech equipment is available and compatible with everyone’s computers. Feedback is no longer on the organizing committee due to other commitments, but even though Andrea and I had not met prior to starting this project we have entirely the same vision for the series and the same reasons for doing it. So it’s been extremely easy to work with her to keep the Black Museum chugging along. 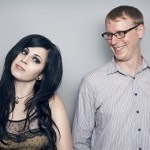 This first series covers a lot of ground: architecture, sociology, zombies, Canadian film, animation. Was there a particular mandate you had in mind when you created this series, certain topics you wanted speakers to address?

Not really, beyond a general need for variety and a desire to present topics that were personal to the presenters. In the case of both Feedback and I, we wanted to bring what we’d done at Miskatonic to a new audience, and Andrea already had planned to do something based on her thesis—so that was set even before we had a name or venue. When we contacted Vincenzo Natali and Steve Kostanski we actually had suggested a topic they might want to do so they could see our planned approach. Vincenzo picked his own topic, but it was still very much related to his interest and work, and Steve agreed to do a lecture on stop motion animation, but is taking it in a direction that I didn’t really anticipate, which is fantastic.

Can you give us a taste of what or who you hope to program for the next series?

Not really, unfortunately! We originally planned this as a standalone series of five lectures and want to see it through before we start talking about a second series. But if it does happen, I will say that we will again be looking at a mix of critics, local directors and other personalities that make Toronto such a great place to be for horror fans.
Posted by DM at 08:36