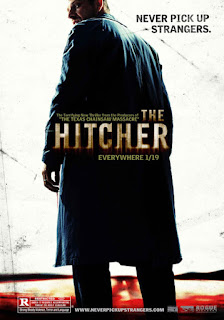 "Filmmaking is not just about pretty moving pictures, it's about being able to tell a story with your cast and visuals."

This badly punctuated quote is brought to us by Noel Clarke, an English actor/director/screenwriter. Mr. Clarke's self-evident definition of filmmaking perfectly illustrates what I believe is a misunderstanding about the business of making movies.

On the one hand, film is business. In fact, it might be the only business in which the consumer pays for the product before ever seeing it. Film might be described as a gamble or, more cynically, a scam; a gamble for the filmmakers who are expecting a return on their investment, and scam for the audience who might feel cheated by poor production values and an overall low quality product.

On the other hand, film is art. It is innovation and achievement in visual and narrative arts. Photography, painting, sculpture, writing have all contributed to film's development as a medium. In return, cinema has launched new creative endeavours such as special effects, both practical and computer generated, and make-up effects.

Mr. Clarke's quote, though to the point, fails to articulate film's artistic attributes. One might say Mr. Clark is, in fact, diminishing or dismissing film's inherent artistry and its history and struggles to be accepted as a medium of artistic expression. "Pretty moving pictures" reads downright patronizing, and suggests that Mr. Clarke does not grasp cinema's full potential for compelling visuals and narratives, and only understands filmed or photographed beauty as one might describe a mountain range or a rose. 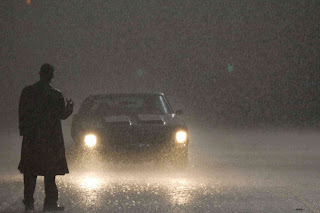 Taking up considerably more time and space, The Hitcher makes the same mistake. It has no interest in exploiting its medium, and strives only to meet expectations, achieving that most basic level of filmic competency: watchability. That's not to suggest that all horror movies must display a fierce commitment to and understanding of the genre's semantics and syntax. But The Hitcher boasts only a passing familiarity with the worst horror tropes: dream fake-outs, predictable jump scares, and bad decisions that lead to pain and death.

The film covers roughly thirty hours in the lives of Jim and Grace who are manipulated into giving a lift to John Ryder. Ryder reveals himself to be a dangerous psychopath and after being dumped by Jim and Grace, he follows them across New Mexico, leaving a a trail of bodies in his wake.

To describe The Hitcher as bland undermines the film's attempts at intrigue and suspense. But to describe the movie's efforts as anything more than the bare minimum is to presume too much of its makers. Ryder's fixation with Grace suggests he might see in her a kindred spirit, but the film has little interest in exploring or exploiting this angle. And Lt. Esteridge's quick deduction that Ryder and neither Jim nor Grace is the killer creates a moment of intense relief for characters and audience alike, but is ruined by the film's insatiable lust for highway mayhem.

The Hitcher was the fourth film released by Platinum Dunes, and the third in what would grow to be a long line of remakes. Preceding it are The Texas Chainsaw Massacre, and The Amityville Horror, each of which showcase the same amount of dedication to film art and genre history as PD's later remakes, including Friday the 13th and A Nightmare on Elm Street. 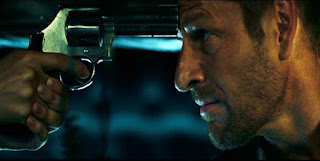 To the film's credit, it does commit itself fully and completely to Sean Bean.

The Hitcher, like Noel Clarke, cannot reconcile visual dynamics and narrative. The film at times supplants action for drama when the two should co-exist, and uses a show-and-tell approach to storytelling instead of weaving an interpretive tapestry. Even the action feels rote; a movie made by the numbers for the numbers. A film driven by and for profit.

There are no petty pictures in The Hitcher, only Mr. Clarke's "pretty" ones, because the film simply refuses to care about its visuals. Take, for instance, Jim's and Grace's decision to run away from a pile-up on the highway. The film cuts to a long shot of the New Mexico countryside as the couple climbs over a fence and takes off into the desert. Were Jim and Grace still suspects, the beautiful and barren landscape would represent their desperation and hopelessness. But by this point the police know about Ryder, so the dramatic backdrop of the New Mexico desert, in which the couple embarks on an illogical course of action, is little more than a nice view. Moreover, this shot is one of only two moments where the film makes even the smallest effort to capitalize on its location. By turning its back on this kind of visual storytelling, The Hitcher strips itself of all pretense, exposing the naked truth of studio filmmaking, that film is not art but only business.

For studios and filmmakers like PD and Mr. Clarke, it might be best to think of film not as a business or an art, but as a landscape:

"[T]he ground, with all it carries, before, between, and behind the buildings, however dressed with turf, or bedecked with flowers, shrubs or trees, fountains, statutes, bric-a-brac, and objects of art, should be one in unity of design with the buildings; should set off the buildings and be set off, in matters of light and shadow and tone, by the buildings."

Here, Frederick Law Olmsted, the man who designed New York City's Central Park, is describing his vision for Chicago's World's Fair. Writing at the end of the 19th century, Olmsted stressed the importance of uniting what are usually considered disparate parts of the natural and built environments to create a unique space in which these elements compliment each other in perfect harmony.

Likewise the natural and artificial constructs of film, meaning the actual process of filmmaking, should combine to form a unified whole. A filmic landscape creates an experience that is made up entirely of pretty pictures in which characters play their parts.
Posted by DM at 15:28

I tell you that I love the original film with Rutger Hauer as Ryder. Bean as Ryder could have made for a decent remake, but sounds like they didn't pull it off.