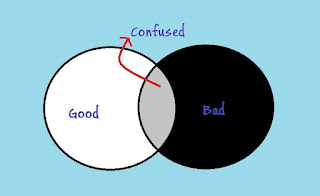 Here it is, a brief run-down of some of the best and worst movies I watched over the past year. Hardly comprehensive, this list is more a sampling of some of the truly wonderful and god-awful films had the good- or misfortune to see.

Unexpectedly good: Detention
This was a surprise hit. A delightful tale of time of bombs and time travel.
Unsurprisingly bad: Blood Lake
The Asylum. Nuff said.

Heck Yes!: Hardcore
Fan favourite at TIFF Midnight Madness, Hardcore is the first ever first-person action movie. Must be seen to be believed. Although the action and stunts are outstanding, Sharlto Copely steals the show as the MC's guide through a hellish day.
Hells no!: Area 51
Remember when Alanis Morissette's people tried to bury her first album? Oren Peli should seriously consider doing the same thing with this movie (and it isn't even his first feature).

A wonderful slow-burning period piece about a family cursed by a witch.

Finally got to see it: What We Do in the Shadows
Fabulous mockumentary about the daily nightly lives of a group of vampires who share house.
Shouldn't have bothered: Lumberjack Man
I only made it through half the movie before giving up entirely. It's supposed to be a ribald horror comedy, but it's really just a teenaged boy's interpretation of a ribald horror comedy.

New and fun: Baskin
Turkish film about a group of cops who raid the wrong building. It's intense and violent, gross and kind of satisfying. Worth tracking down.
Old and tired: Hatchet 3
Not only does this movie have no internal logic, it contradicts an established story-line.

Never forget: Cooties
This one kind of came and went, which is too bad because it's the best recent take on the zombie genre. Pro-teacher and kind of anti-kid, Cooties needs to be seen be more people.
Already forgotten: Knock Knock 2
Four friends visit some famous murder sites in LA and I'm already bored.

Wha??: Mission Impossible: Rogue Nation
It's the Spectre movie you wanted but didn't get.
Um, what?: Spectre
The final nail in the coffin that was Daniel Craig's gritty James Bond series. Spectre tries to tie all the Craig Bonds together in one big, unwieldy package, but only succeeds in wasting Christoph Waltz's time and yours. 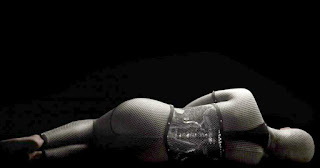 Ex Machina makes a strong argument for why we shouldn't pursue strong AI.

Aw: The Final Girls
A love letter to slasher movies, kinda meta with just a touch of post-modernism. I've never before had cause to describe a horror movie as heartfelt, but the word is absolutely appropriate here.
Oh: Terminator Genysis
I'm not sure why this movie exists other than to feed Arnie's insatiable appetite for cash. Also Matt Smith's in it, which would normally be a good thing, only in this case he's little more than a disembodied voice.

It's alive!: Star Wars: The Force Awakens
If it can satisfy the worst kind of Star Wars nerd (e.g.: me), then it's a good bet everyone else will like it a lot.
Dead inside: Teenage Mutant Ninja Turtles
The tighter you hold onto your childhood, the harder Michael Bay tries to ruin it.

W.T.F!:I am a Knife with Legs
More comedy than anything else, it's about a guy waiting for an assassin to kill him. Part musical, part multimedia installation, all hilarity!
W.T.F?: Winterbeast
It took something like six years to make, and it shows! It's only 80 minutes, but it feels twice as long. I can't believe I looked forward to paying money to see it.

OMG: Mad Max: Fury Road
The long-awaited and highly anticipated fourth Mad Max movie puts all action movies (and a lot of other movies besides) to shame.
GFY: Tin Can Man
More experiment than film, Tin Can Man is an insult to cinephiles regardless of their genre preference. Whoever says otherwise is wrong. Don't be fooled by the laurels on the box, this movie sucks out loud.

Honourable mentions
Superfights is amazing. It's kind of bad. But so good. But also bad. And I wasn't looking forward to Ant-Man, but when I finally did see it, I, like everyone else, was surprised by how much it didn't suck. In fact, I rather enjoyed it.

I want to use this medium to testify of how i got back my ex husband after divorce, i and my husband have been married for 8 years with 2 kids, we have been a happy family. Last year his behavior towards me and the kids changed, i suspected he was meeting another woman outside out marriage, any time i confronted him, he threatened to divorce me, i did all i could to make hings right but all to no avail until i saw a post on a "love and relationship forum" about a spell caster who helps people to cast spell on marriage and relationship issues, when i contacted this spell caster via email, he helped me cast a re-union spell and my husband changed and came apologizing to me and the kids. Contact this great spell caster for your relationship or marriage issues via this email: chiefdrlucky@gmail.com or Whats App him on +2348132777335 Website : http://chiefdrluckysolutionhome.website2.me/ Good luck