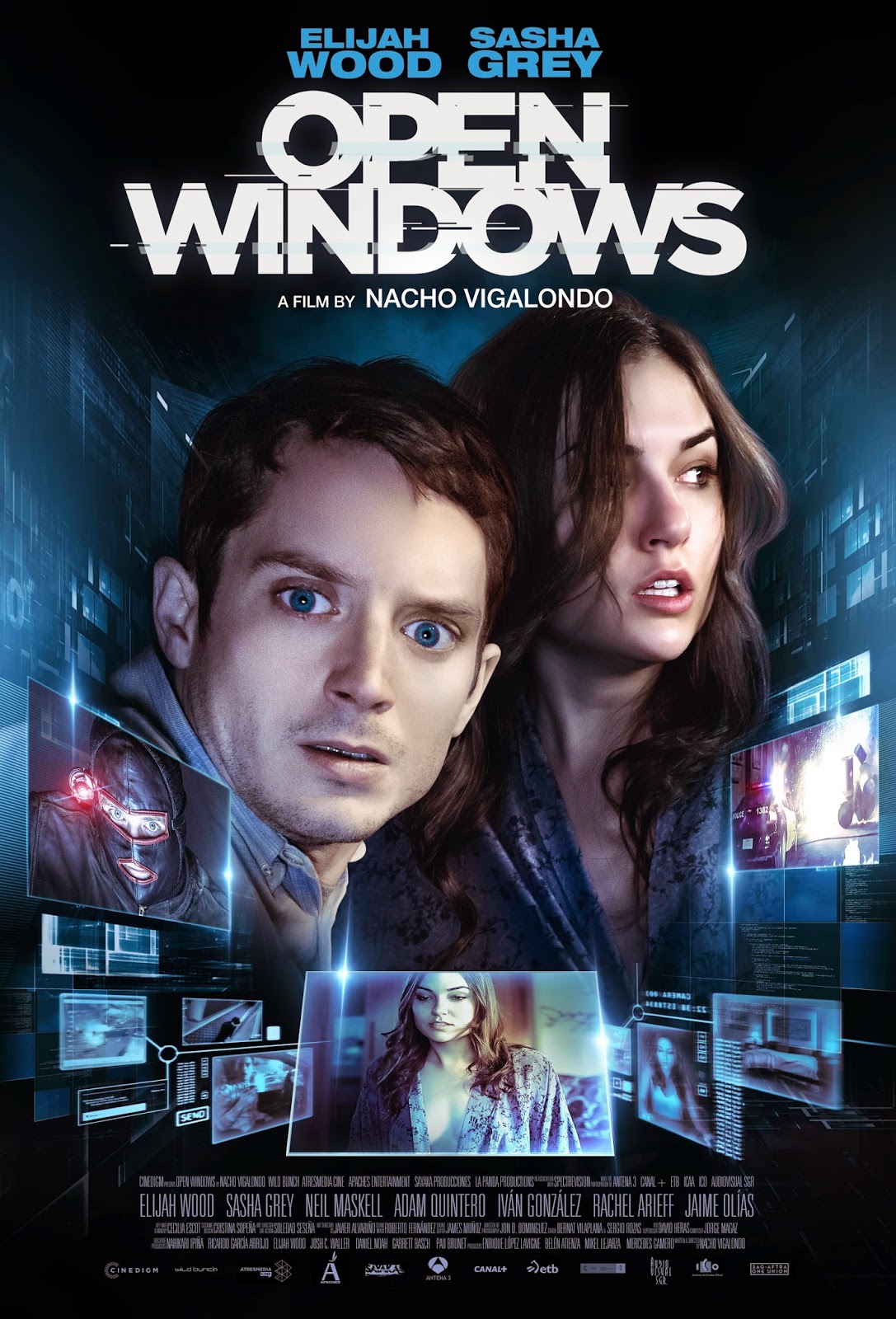 I have a fondness for cyber thrillers. 1990s cyber thrillers in particular. Back then, connectivity and the Internet were still fresh and new, ready to be explored and exploited. A new frontier, as it were. We imagined the web as a kind of megalopolis, a giant city that lived inside a network of computers and phone lines. It's not a bad analogy and it allowed for some interesting and creative visuals.

Twenty years later, the Internetropolis seems dated and quaint. Our ideas about the Internet haven't changed any, but how the Internet is represented in film has. This is due in part to the fact that everyone knows about it, knows what it is and how it works. No sense wasting valuable story time on a lesson in network connections. Instead, contemporary cyber thrillers use that time to mine our fears about surveillance and privacy.

Open Windows brings a new dimension to the paranoia that permeates most contemporary cyber thrillers: control. Nick is a normal, nice guy who's just a touch obsessive about Jill Goddard, a popular actress. Nick manages a Jill fan site where he posts pictures and articles about his favourite star. After winning a contest, Nick flies to Austin where he'll have dinner with Jill. While he settles into his hotel room, he's contacted by someone from Jill's entourage telling him the dinner's been cancelled. Nick's understandably upset about it, and his disappointment makes him easy to manipulate. First he's guided to surreptitiously film Jill and things progress from there.

Voyeurism has always been an important aspect of any good cyber thriller, and Open Windows takes the idea of constant surveillance to another, creepier level. By hacking her devices, Chord is able to activate the cameras on Jill's phone and computer, thereby allowing Nick to always see her. But this potential benefit for Nick is just another way for Chord to leverage his control. Nick can watch Jill, but Chord is watching them both.

Open Windows wouldn't be a true Nacho Vigolando movie if it didn't toe the line between contemporary thriller and scifi, and for some members of the audience this is where the film falls apart. Chord's almost super-powered hacker ability is made possible by next-gen equipment. He's also in possession of special video cameras that can be networked to visualize their environment. For a movie that gently pushes the limits of believability, the introduction of science fiction-y elements late in the story can cause some viewers to disconnect from the movie. And that can be a bit of a problem for a film that's all about being connected.

In Open Windows that connectedness is displayed visually through the open windows on Nick's computer. The entire story is told through the different points-of-view displayed on his screen: Jill's cell phone, Nick's own webcam, CCTV feeds, ect. The movie cycles through these different windows as the story unfolds, sometimes getting two or three generations removed from the action. It's no wonder the film took a year to edit so that it all seamlessly fits together.


With its themes of voyeurism, control, and connectedness all relayed through a first-person POV, Open Windows is a cyber thriller for the 21st century. In the 90s, Hackers told us to “hack the world,” and it would appear that Open Windows has done just that.
Posted by DM at 11:23