Memoirs of an Invisible Man

He doesn't wear a hat and she's not a mermaid.
I saw this movie in theatres. I think I liked it then. I'm pretty sure I did. I don't much like it now, though.

Nick Holloway has no family and no close friends. He sort of lives his life from moment to moment, indulging in his narcissism. Through a series of unfortunate events, he turns completely invisible and must then evade capture by an obscure branch of the intelligence community.

Much like Starman, Memoirs looks and feels like a work-for-hire gig. There's nothing distinctly John Carpentery about this movie. Unlike Starman, it is less irritating to watch. I hesitate to call it a special effects extravaganza, but the whole movie kind of feels like a big showpiece for the effects house. 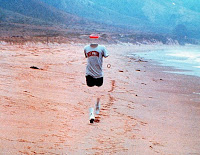 The northern California diet trims the fat and gets results!
It's strange to see Chevy Chase play it straight. And not like Fletch straight, but straight-no-comedy-straight. Okay, so he falls down once or twice but the film takes itself seriously, and asks the audience to do the same. The only problem is that Nick Holloway is not very sympathetic, and Sam Neill's villain is not that threatening. Truth be told, the movie's kind of dull and leaves you wondering if the best parts are happening off screen.

Memoirs is a well made film, if a bit watered down. It certainly isn't crazy. Not by a long shot. 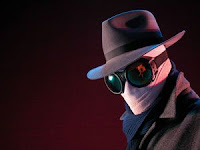 I'm kinda wishing I'd watched Darkman instead.
Posted by DM at 12:20