Ever wonder what the relationship is between ley lines and hauntings? Of course you have. Everyone has. Well, I've taken it upon myself to map that relationship to prove that it doesn't exist. 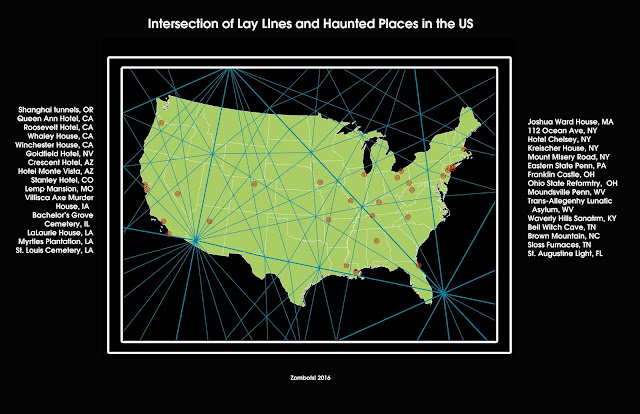 Now, I'm not saying ghosts don't exist, nor am I claiming that ley lines are bs, but there are more sites on this map that don't really coincide with ley lines than those that do.

Where did I get my data? From the Internet of course! The thirty sites listed above are the "most haunted" or appear the most often on haunted house websites. The ley line data is, admittedly slightly less authoritative. The above map was redrawn from this one, chosen because it appears on more than one site, was at the right scale, and because it was the "cleanest."
Posted by DM at 12:51