or, Everything That's Wrong With Your Movie Summed Up In One Image 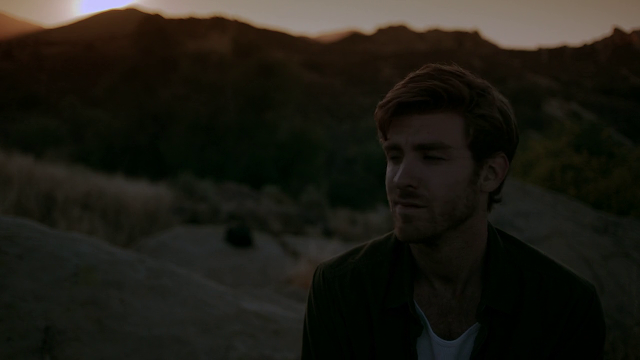 That's Scott. He moved to the country to film a nature documentary. Periodically, he sets up his camera at this location to film himself indulging in self-pity. That lump in the middleground? The black thing on the rock behind him? That's his backpack.

This is the only time Scott dumps his bag in frame. Which means on this day, Scott set up his camera, walked into the middle distance with his bag, put it down, then hit his mark. Or maybe he dumped the bag first, then set up his equipment. Whatever the order of events, the point is Scott knows his bag is in the shot because he's set up this exact same shot a number of times.

And why is his bag in the shot? So it can get stolen. 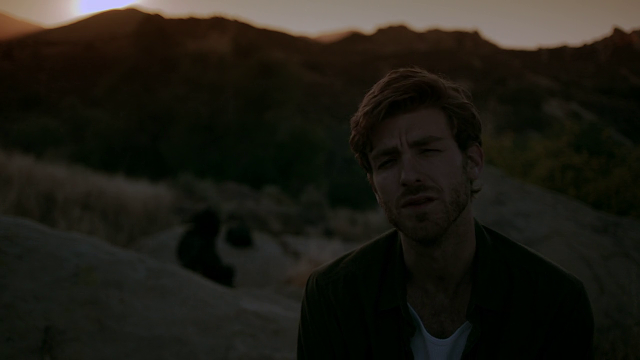 By that guy, Mr Jones.

The theft of Scott's backpack kicks off the narrative--it's the inciting incident. His car keys are in there, and he needs to get them back. Why did Scott bring his car keys on a walk to his favourite shooting location? So he would have a reason to chase after Mr Jones. It's the same reason why he put the backpack on that rock, i.e.: to move the story forward.

Further to my point, this isn't the first time Mr Jones has shown up in this spot. He makes the briefest of appearances earlier in the movie, when Scott and his partner, Penny, are lounging on the rock. They don't notice him at the time, nor is it ever suggested they noticed him upon reviewing their footage--because they don't ever review the footage. Had Scott witnessed Mr Jones when watching the tape, he could have set up a sting in which he plants his backpack in the hopes it'll get stolen. That would have been acceptable, maybe even clever. But neither Scott nor his creator are clever, and nothing they do over the course of the movie is acceptable.

Nobody, no filmmaker, no matter how amateur would do what Scott does, and certainly not on the nth visit to this location. This is the worst kind of writing--a clunky, awkward kind of filmmaking. If your characters have to behave in counter-productive or counter-intuitive ways to get things rolling (or keep them rolling), then you're not writing hard enough. And Karl Mueller, the film's writer/director clearly didn't think this one through.

So there you have it. Everything wrong with Mr Jones (and a host of other films that follow a similar plot) summed up in one shot two shots.
Posted by DM at 09:27

Is Mr. Jones a sasquatch because he has that blurry out-of-focus quality that 'saquachs usually do? Might have made for a better film.