It's back! The Black Museum, Toronto's premiere horror lecture series is back for a third season of erudition. This year, lecturers and audience members will enjoy the comforts of the Royal cinema on College. New again is the lecture schedule, which has switched to a monthly event.

This year's series kicked off on in early Feb with a screening of Carnival of Souls, and will pick up with a lecture by Black Museum alumnus Alexandra West about French New Wave Gore.

March 12, 2014
Quelle Horreur! The Films of the New French Exremity
with Alexandra West 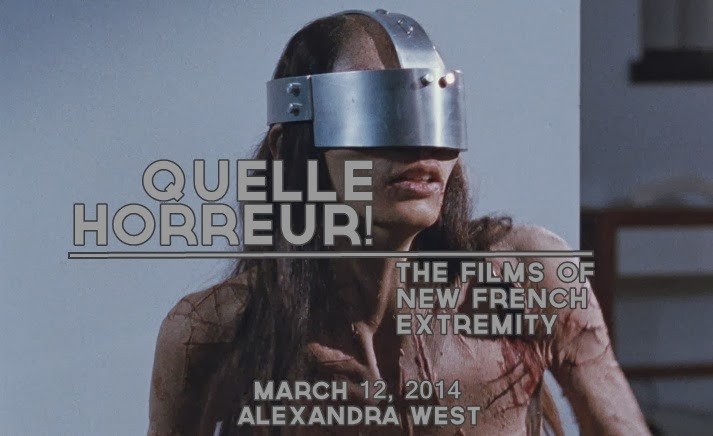 April 9, 2014
Where Life is Cheap! Snuff Movies and the Evolution of Genre
with Yours Truly 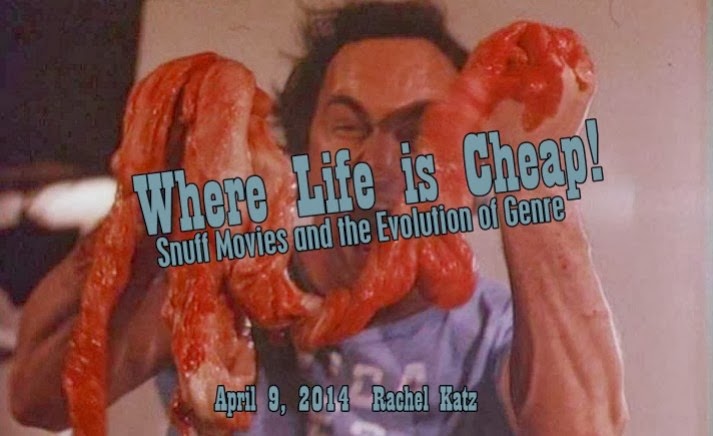 Since 1976, the notion of filming murder for profit has outraged, disgusted, and fascinated audiences. Aided and abetted by sleazy marketing tricks, "snuff" film provided traction for feminist and anti-pornography movements, also inspiring that most steadfast and contentious of urban legends: the myth transmitted through media. I this lecture, I consider snuff's origins and aspirations, tracing its roots from early theatre to Slaughter, Hardcore, Tesis, 8MM, The Butcher, and beyond.

May 14, 2014
One of Us: The Transcendent Rise of Religious Cults in Horror
with Alison Lang 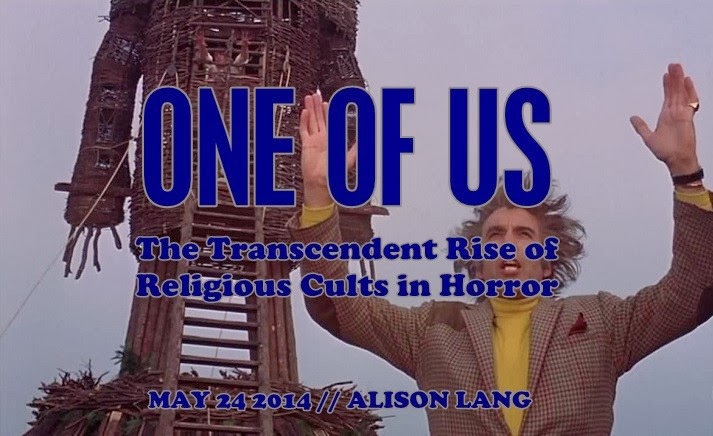 From Satanists to Scientologists, Moonies to the Manson Family, a cinematic curiosity for cults endures. Broken Pencil's Alison Lang advises initiates that the cult trope allows reflection or commentary on wider sexual, spiritual and moral politics of an era. See: The Wicker Man and Ticket to Heaven. And sometimes the mirror held to society's scabbed visage stares hard at the truth, as in Helter Skelter and Race with the Devil--the latter purportedly starring actual Satanists as themselves.

all lady lecturers this time?
neat! I'm hoping to make it out to the snuff lecture

So far... The rest of the lectures haven't been announced.

Hope to see you there!

My relatives always say that I am wasting my time here at web, but I know I am getting know-how all the time by reading such nice content.

It's actually a great and helpful piece of information. I am satisfied that you just shared this useful information for us.
Thanks for sharing.

Thanks for your marvelous posting! It is very useful and good. Come on. I want to introduce the best aso services for you, I try it and I feel it is so good to rank app to top in app store search results, have you ever heard it?