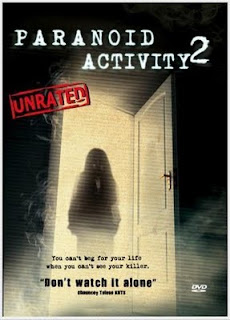 Fade In
Day One
Day Two
Day Four?
Day Five?
Day Whatever
Some Time Later
Even More Time Has Passed
Ten Minutes Left In This Interminable Film
Fade Out
The End
Posted by DM at 16:48

Is this an Asylum movie? I was actually surprised at how decent Paranormal Entity was, but from what I read here it doesn't seem as this one fairs too well. I'd probably still watch it, though! Love that movie title.

Nope, this is not an Asylum film. I think it's trying to capitalize on both The Asylum and PA--which is kind of brilliant. Nothing else about it is, though.

this screams of netflix instant.

I'm sure you have better ways of spending your time. Like curing cancer, or indulging in Star Trek fantasies.