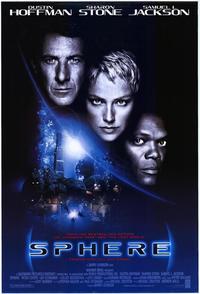 I didn't know it, but I'd already seen this movie.  It was called Event Horizon.

So there's this spaceship, right.  And it crashes into the ocean and, like, Dustin Hoffman has to go check it out.  And he's got some friends with him, only they're not, like, really friends.  But whatever.  And you'd think they'd all be jazzed about checking out a spaceship, but they're not and that's really weird.  So anyway, they go to the bottom of the ocean and go inside the spaceship and it's big.  Like really really big and there's a dead guy inside and they figure out he's American because he's got like this bag of airline nuts.  Oh yeah and he was killed.  So they figure out the spaceship's from the future and it traveled back through time.  And there's this sphere on board that's, like, alive or something and they go back to their underwater base where they're living and the sphere starts talking to them and they want to go back and check it out some more, but they can't for some reason, but this one guy goes anyway and he starts acting all weird and there's a storm and then all this crazy stuff starts happening and the sphere's all like "Don't call me Jerry" even though that's it's name, and it turns out they're all superpowered because the sphere gave them powers and they're imagining things that then happen.

If that sounds really stupid, that's because it is.  Really stupid.  Here you have a contemporary movie about a time-traveling spaceship with an alien life force on board, and what does the story focus on?  Fear.  Sphere is about fear.  The film muses on human nature, eschewing the far more interesting story of a telepathic alien space ball for a plot about how people are jerks.  The fear angle is that the sphere, Jerry, has given everyone mental powers--they can think their fears into being.

And that is what happens for most of the film.  Never mind that you've got a goddamn space ship that survived a trip through a black hole to splash down in the middle of the Pacific Ocean.  Forget about the mystery of the murdered crew member, or the intriguing ship's log.  Or the golden, omnipotent ball of wonder in the cargo hold.  No, let's tell a story about how humanity is still in its infantile stage of development and despite our infinite capacity for goodness, all we do is hurt one another.

At least Event Horizon had the decency to exploit its characters' weaknesses.  Sphere just uses them set things on fire.

I'd heard the movie was a misstep for pretty much everyone, but not only is the story all wonky, so is the science.  Granted, it does toe the sci-fi line, but a film set at the bottom of the sea should still adhere to some basic laws of nature/physics/common sense.  I'm willing to let the film slide on the issue of deep sea corals, but other things I just can't let go.  For instance, saturation diving is a real thing, and the movie makes a point of explaining everyone's breathing hydrogen, but a glaring script error, in which the gas is referred to as oxygen, is just embarrassing.

What's even more embarrassing is neither the mathematician nor the physicist even consider the fact that time might not be linear. 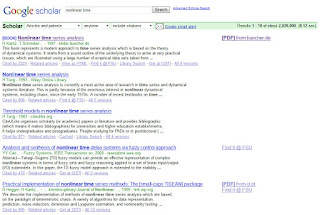 "Hello, fellow LAMB. Just wanted to let you know that The LAMMYs are coming up and we are hoping for the best voter turnout for the nominations ever. Every LAMB #1-900 is eligible to vote (and to win!), and that includes you. To participate, please go to this site: http://www.misterpoll.com/polls/521956