The Devil You Know

Prince of Darkness, Father of Lies, Lord of Flies, Hobb.  Whatever you call him ("I have so many names," says Al Pacino in The Devil's Advocate), The Devil is evil personified.  Most of the time.  In film, The Devil may be the single-most recurring character.  He's appeared in countless movies and TV shows, played by hundreds of actors, each one bringing something different to the table.  Sometimes funny, sometimes scary, and even sometimes tragic, The Devil is always interesting to watch.  So I've wracked my brain and combed through my film and television library to come up with some of the better incarnations of mankind's greatest adversary.

I'm generally not one for enumerated lists, but I feel so strongly about two of the devils on this list, I'm compelled to rank them.

5. Viggo Mortensen in The Prophecy 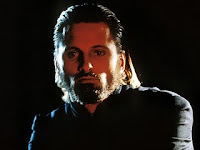 Long before he strode into our hearts as Aragorn, son of Arathorn, Viggo Mortensen appeared briefly as Lucifer in 1995's The Prophecy.  It was an underrated performance in an underrated film.  Viggo tries to bargain with Elias Koteas for possession of a particularly dark soul, promising to love him "more than Jesus."  It's creepy, it's weird, and it's all done in order to prevent a war among the angels.  And when Viggo doesn't get what he wants, he turns into a murder of crows and flies away. 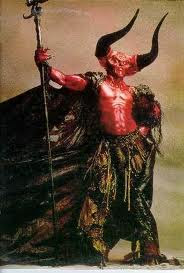 Tim Curry's character, (Lord of) Darkness, is a fearsome devil that towers over everyone.  In love with Mia Sarah, Darkness attempts to seduce her, and shows her a tender side that few others have or will ever experience.  He's defeated by Tom Cruise, of all people, which makes Darkness all the more tragic. 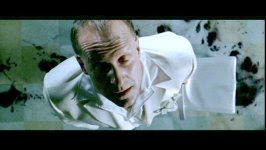 Dressed in white, his feet drip tar, and there's a hint of decrepitude and decay about his person.  The Devil is none too pleased to be summoned by Keanu Reaves, but when he finds out what's been happening on earth, he doesn't waste any time putting his house back in order.  He also cures Keanu Reaves' cancer out of spite. What an asshole. 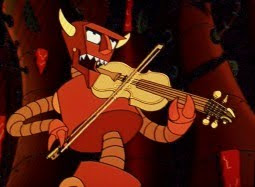 The very fact that a robot devil even exists is so preposterous that you have to admire the gall of his creators.  Perhaps not altogether terribly smart, he's evil to his robot core and finds joy in ironic tortures and long, drawn out schemes.  Also, he sings. 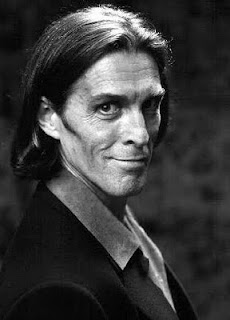 Sure the Devil is evil, but not all devils need be truly mean and nasty.  John Glover takes this to heart and his Devil character is joyful, sophisticated, and possessed of a wry wit.  He takes pleasure in tormenting Peter Horton, promising to release his soul from hell if he can accomplish a nigh impossible task.  John Glover's devil will try convince you that he's not a bad guy--he's just doing his job--and you'll believe him because he's just so charming.  Damn him!
Posted by DM at 13:52

All I can say is go see Something wicked this way comes.

Seen it. And Mr Dark is wonderfully evil. Thanks!

Cissy, It's the incomparable Mia Sara as Lili in "Legend", as in Ferris Bueller's main squeeze.

Thanks Bill! I corrected the mistake.

Thanks for sharing..It is looking to be great movie..I will surely go for it....:-)