For each action there is an equal and opposite reaction. I learned that in school. What I learned going to the movie theatre is that for every good movie out there, there is a multitude of bad ones. That seems totally out of sync with the notion universal equilibrium, so I'll chalk it up to karma: terrible movies are the universe's way of punishing me. I'm not really sure what for, I haven't done anything wrong.

Anyway, I watch a lot of movies and not all of them are new. In fact, I'd say I'm generally a few years behind on the new releases both in theatres and DVD. Since I am in no way capable of producing an authoritative list on this year's best and worst films, I here present some of the best and worst horror movies I watched in 2009.

Totally awesome: Zombieland
Woody Harrelson and Jesse Eisenberg dispatch zombies with wild abandon and sharp wit.
Totally lame: Hostel Part 2
A female-lead sequel to the original torture-fest. Takes us behind the scenes of Elite Hunting but is ultimately kind of tired.

Supercool: Oldboy
Rounds out Chan-wook Park's masterful vengeance trilogy. Has one of the greatest fight scenes ever.
Sucks big time: Vampires vs Zombies
It's actually impossible to sum up this film in just a few words. That's how much of a mess it is.

Delightful: Trick 'r Treat
Halloween-themed anthology in which people are warned off disrespecting the holiday.
Somehow worse than ever thought possible: iMurders
Chatroom members are killed off one at a time and nobody notices.

Surprisingly great: Behind the Mask: The Rise of Leslie Vernon
Described by Count Vardulon as "a love letter to slasher movies".
Surprisingly disappointing: Drag Me To Hell
Likely the victim of over-hype, the movie just didn't deliver the laughs or the scares.

Omigod: [Rec]
Cinema verite account of events from inside an apartment building that's been quarantined due to infectious outbreak.
Jesus H. Christ: Bloody Murder
Poor homage to Friday the 13th. Another word for it is rip-off.

Loved it from the word go: Taken
Liam Neeson kicks ass all over in Paris as he searches for his daughter who's been kidnapped by sex traffickers.
Unsatisfactory: Wrong Turn 3
Three Finger, the cannibal hillbilly, stalks and murders you know what? It doesn't matter.

An excellent example of genre accomplishment: Ghostwatch
BBC broadcast from a haunted house in London.
Crap from the crap factory: Friday the 13th (2009)
The classic is re-envisioned as derivative garbage. The opening sequence is 1/3 of the film's running time.

A gift from the gods: Prince of Darkness
John Carpenter's metaphysical musing on good and evil. Has the greatest ending in movie history.
Worst movie ever: The Hills Run Red
Pretentious, postmodern bullshit. 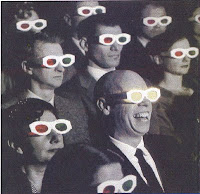 Hehe, it should be:
"iMurders
Chatroom members are killed off one at a time and nobody CARES."

As for your list, I like it. Although I have to disagree with Hostel - I despised Hostel 1, but I really liked Hostel 2, for reasons I'm too lazy to go into here.
I HAVE to see Trick R' Treat though, it's on my list.

Great shoutout to Behind the Mask. Leslie Vernon is one of th ebest unique slashers to come along.