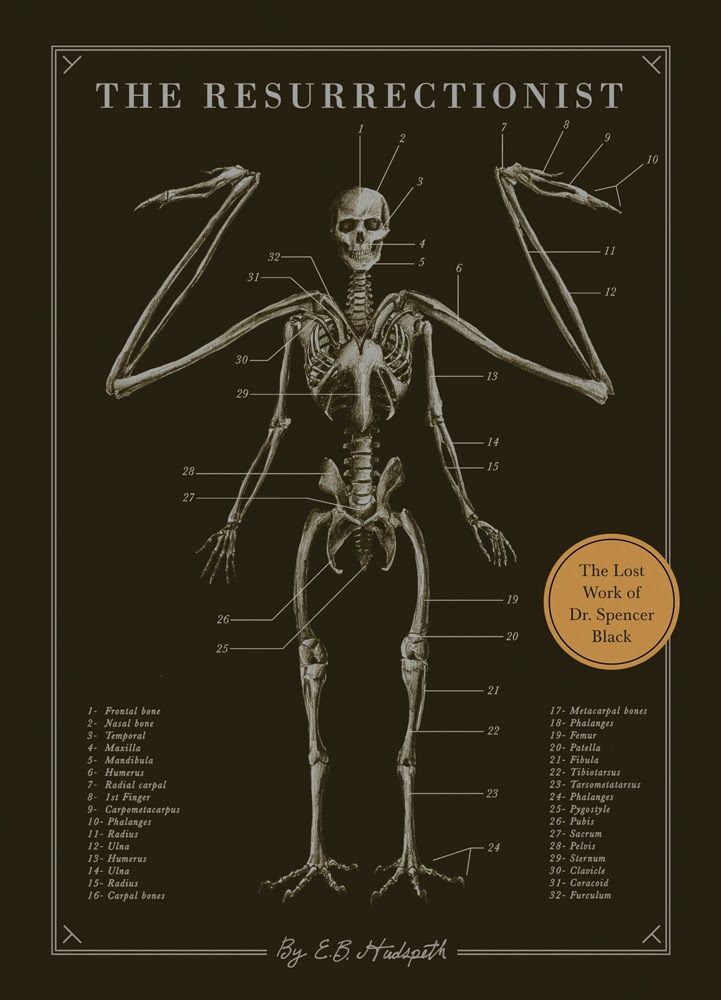 I first saw this book on a "Halloween reads" display table at Indigo. About a month later I returned to that same store, but the display was gone (obviously). Normally, when I find a book that interests me I take a photo, but I hadn't in this case. I asked a staff member.

"It's black," I said. I had to describe it because I forgot the title (obviously). "Hardcover. Half the book's the story of this guy's life and the other half is plates--illustrations, anatomical drawings of mythological creatures."

She had no idea what I was talking about, so she asked someone else and soon half the store was searching for this book. We never found it, but I was recommended Mrs. Peregrine's Home for Peculiar Children which I bought.

Then came December and the usual end-of-year lists that mark the season. An email led me to the best horror books of 2013 and there it was: The Resurrectionist. A day later, the book was mine. Finally.

The book is short, but the story is intriguing, if a bit too vague at times. Dr. Spencer Black is a brilliant young surgeon who quickly rises to prominence as a specialist in mutation. Dr. Black and his colleagues perform revolutionary surgeries on people with bizarre genetic mutations.

Over time, Dr. Black's interests undergo their own mutation, and he becomes increasingly obsesses with finding the cause and cure for birth defects. He believes his patients' mutations are a form of genetic memory, that their abnormalities are in fact holdovers from a time before our species developed into what we are today. Namely, creatures of myth.

Dr. Black's biography reads much like any other, and the biographer's story is punctuated with letters and journal entries which help track the doctor's descent into madness. It's a brief but wonderful read. Too brief, I think. I would have loved for the biography to have included more primary sources: more letters from family and colleagues, newspaper clippings (only one appears in the book), and journal entries that could have helped unravel the mystery of Dr. Black's later works.

Frustratingly, the author wavers between being upfront with the gory details of Dr. Black's experiments and extremely vague about other horrific aspects of his life. Again, this could have been remedied with more details, delivered obliquely, so as to maintain the aura of intrigue that surrounds Dr. Black's madness.

It's just such a great story. I guess I'm annoyed because I wanted a little bit more.

Dr. Black's story takes up about one half of the book. The rest is a codex, a book he was in the process of publishing before he halted printing and disappeared. The codex is an illustrated reference guide "for all practitioners in science, medicine, and philosophy. In the most basic of terms, it's a picture book of mythical creatures, done with such amazing attention to detail that it's easy to believe they were drawn from actual specimens. 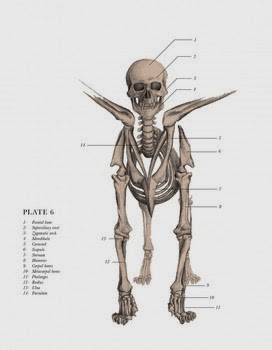 The codex is the culmination of Dr. Black's great work, and it helps round out the incredible story told in first half of the book. The anatomical plates are great reproductions of drawings made in the late 19th and early 20th centuries--the era in which Dr. Black lived.

Despite my misgivings about the completeness of the tale being told, The Resurrectionist is still a welcome addition to my library.
Posted by DM at 18:28